Amy's mum Di was in charge of arranging a very special baby shower to take place during the Mothering Sunday weekend and as both Di and Amy live in Worthing, Di wanted a nautical theme in red, white and blue. She asked me to produce something for the buffet table as a surprise for Amy.

I decided to design two seaside still lives - this meant that the basic design would be ever lasting and could be reused time and time again. I started by glueing sand onto MDF boards before adding pebbles, shells and driftwood as well as three white small tin buckets. These were then filled with floral foam into which I added red Gerbera, blue Eryngiums and Hyacinths, white Roses as well as white fragrant Genista (broom). Some green Leatherleaf and silvery green Eucalyptus completed the designs.

When Di first was told that she was to become a grandmother, little did she imagine that Amy would actually go into labour very early and as a result, baby Henry was born at just over 26 weeks. Weighing in at just over one kilo, Henry spent the first two months of his young life in intensive care in Portsmouth hospital, and eventually, as he got stronger and stronger, was transferred to Worthing for a further final month.

The baby shower had long been planned but no one had foreseen that Henry would be released from hospital two days prior to this event. What an incredibly special party it turned out to be!

Here's wishing the new family all the very, very best for the future. 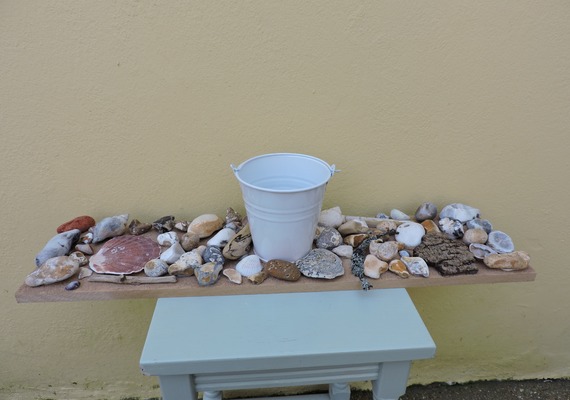 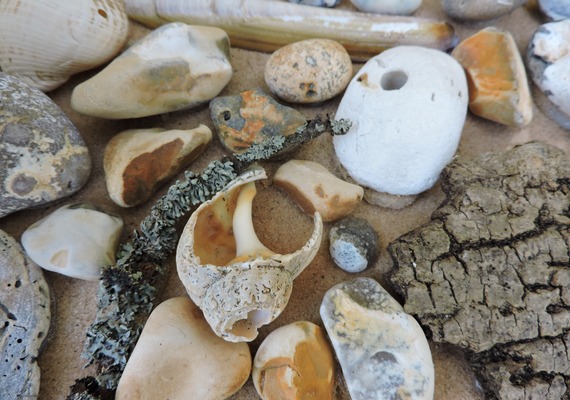 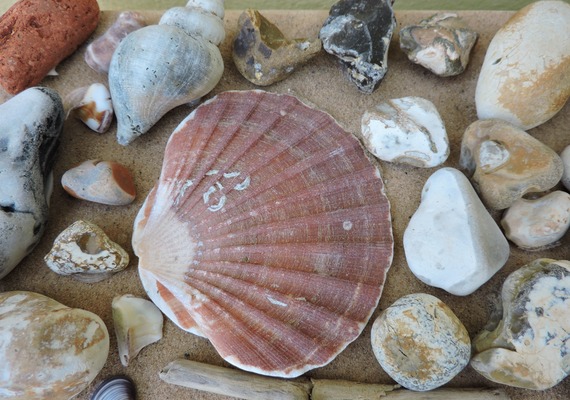 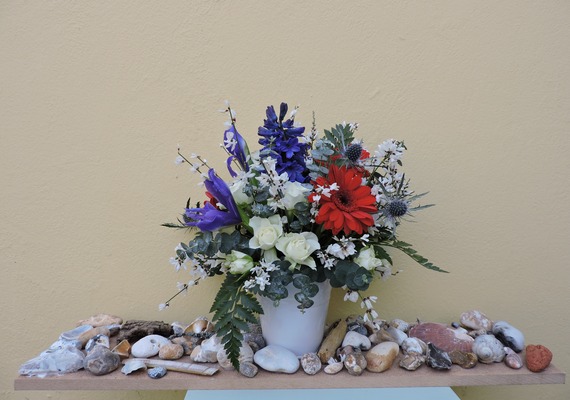 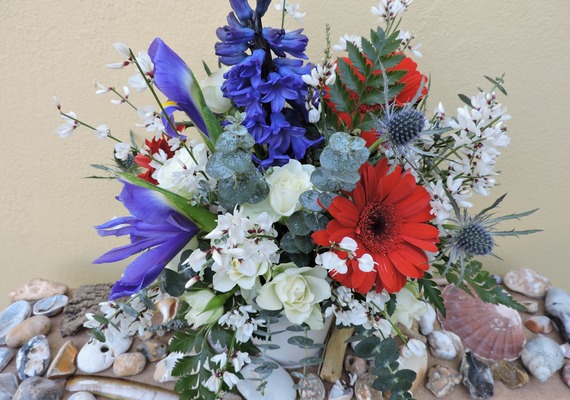 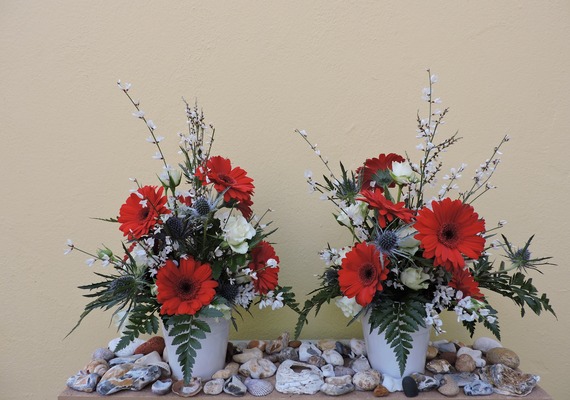 We loved the baby shower flowers with a nautical theme from Floranina. Thank you, Nina!